Posted on September 12, 2014 by Elizabeth Rosner 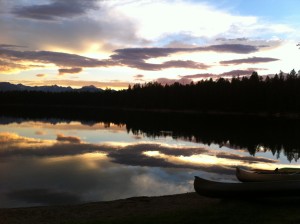 I’m seated at a gate in that mile-high limbo called the Denver Airport, waiting for the departure of my delayed flight to Missoula.  I flew out from Boston’s Logan Airport early this morning, after spending an astonishing ten days on Martha’s Vineyard, where I led a weeklong writing retreat/workshop for 10 brilliant participants.  (Testimonials to be posted soon!)  After that week ended, I was privileged to spend a few days in Aquinnah with my brother, one of his daughters, and a friend of his named Adam who showed us several of his favorite “secret wild places” on the island.  The experience left me sun-drenched and relaxed, grateful beyond measure for the gifts of my life.

And now, I’m forced to pause while heading west toward Montana.  It’s a good day to pause and consider past, present and future.  This morning thirteen years ago the world changed for many of us, maybe even the entire world, though in a strange way you can also say that for millions of people, life was already violent and absurd, painful and destructive.  For myself, as it happened, I was just about ready to head to the Oakland Airport for the first day of my first book tour for my first published novel, THE SPEED OF LIGHT.  I believed it was going to be one of the most important days of my life, the first day of the rest of my life as an author of a book I had spent ten years writing.

The rest is history, of course.  My publicist called from New York City telling me not to go to the airport, and to turn on the television instead.  I don’t have a TV anymore, but that morning I still had one, and I turned it on just in time to see the second jet hit the second tower.

Here is the thing:  along with so many of us who went into a profound state of shock that day, I wasn’t quite able to process what was happening.  When I suggested to my publicist that I could probably drive to LA in time for my bookstore event, she gently explained that there probably wouldn’t be anyone attending.  I was meant to be in Seattle the following day, then Portland, and then Denver after that.  Needless to say, I never flew to any of those places for my book tour, which was canceled.  I unpacked my bag and tried to accept what had occurred, focusing for obvious reasons on the catastrophe that had struck thousands — millions — of people.

Months afterward, it eventually dawned on me that some of my deepest personal disappointment had been shoved so far underground, even my own awareness couldn’t reach it.  I realized that this was a strange echo of what had been true for most if not all of my childhood — when no amount of sadness or loss could ever measure up to the size of my parents’ incomparable devastation as a result of the Holocaust.  Once again, I had been forced to suppress my own relatively minor grief in the face of other people’s vast mourning.

Now, here I am thirteen years later.  In less than a month, on October 7th, my first full-length poetry collection GRAVITY will be published.  And on October 14th, my third novel ELECTRIC CITY launches into the wide world.  I have to admit I’ve learned a few things about maintaining my equanimity.  I’m genuinely excited about these two books, of course, and hopeful too.  All the same, I’m quite a bit more calm about expectations than I used to be — regarding the possible highs and possible lows.  The books will have their own stories to tell.  They will become part of the rest of my life.  If I’m lucky, they will become part of your life too.

And once I land in Missoula?  My weeklong retreat/workshop at Holland Lake Lodge will begin this evening.  A small and dedicated group will gather for the first of many wondrous meals looking across at the tranquil beauty of the Swan Mountains and the snow-peaked Mission Range.  The sunset will double itself on the surface of the lake.  We will write.

Prize-winning author of novels ELECTRIC CITY, THE SPEED OF LIGHT, and BLUE NUDE. New poetry GRAVITY.
View all posts by Elizabeth Rosner →
This entry was posted in Uncategorized. Bookmark the permalink.