Posted on September 20, 2015 by Elizabeth Rosner

The heartbreaking photo of the drowned Syrian child seems to be radically awakening the world — preventing anyone from being able to ignore the current humanitarian crisis facing nearly one million Syrians. Images can have so much more power than words, as the saying goes. But we need to be careful with our language too.

Every time I see a headline or caption using the word “migrant,” I flinch a little. It’s a word that might just be doing the opposite of that powerful photo — that is, enabling the reader/viewer to consider looking away.

The use of the term “refugee” as opposed to “migrant” has profound implications regarding the way we (individuals and also governments) either do or do not feel obligated to take action. This is not just a point about words, of course, but about how easy it is to become inured to the suffering of others. “Migrants” can all too easily be regarded with fear and/or detachment, whereas “refugees” are recognizably in dire need of help and support.

My parents were refugees once, and so were my grandparents. They all managed by way of a series of miracles to survive the Holocaust — my mother and her parents enduring the Vilna Ghetto and then a hiding place in the Polish countryside; my father and one of my uncles enduring Buchenwald concentration camp until it was liberated by the American army.

Seventy years later, it’s easy to forget that during the late 1930s and early 1940s, countless European Jewish refugees were turned away by country after country, including Canada, Britain and the United States. Nobody knows how many hundreds of thousands of lives might have been saved had there been more active, collective efforts to rescue and provide sanctuary to families desperately fleeing their murderers. I’m not even talking about what might have been done to stop Hitler sooner, about the Allied war efforts in general, about bombing the railway stations or mobilizing our troops earlier than we did. I’m talking about havens. I’m talking about human rights, and global emergencies.

When President Roosevelt convened the Évian Conference in July 1938, gathering heads-of-state from around the globe, he was seeking to address The European Refugee Problem, which was obvious code for The Jewish Problem. Even Hitler said, regarding the conference, “I can only hope and expect that the other world, which has such deep sympathy for these criminals [Jews], will at least be generous enough to convert this sympathy into practical aid. We, on our part, are ready to put all these criminals at the disposal of these countries, for all I care, even on luxury ships.”

Tragically, very little changed in terms of quotas or bureaucratic policies until it was too late; we know how many millions of victims paid the price for international indifference. Then as now one can see the way language itself can disguise and obfuscate racism and bigotry at worst. It can also, quite simply, limit the extent of human compassion.

Today, defenseless men, women and children, are risking every (little) thing they have in order to escape a war-torn country (way too many of these to count, really, these war-torn countries). These fiercely courageous human beings are crawling and running and starving and drowning. They are not governments, nor are they terrorists, or manipulators looking for handouts. They are just like me, and you, and us, except that they have had the great misfortune to be caught on the “wrong” side of a border between oppression and freedom. They need our hearts to open, and our wallets, and our homes.

We can’t remain silent, or look the other way. We must prevent history from repeating itself yet again. 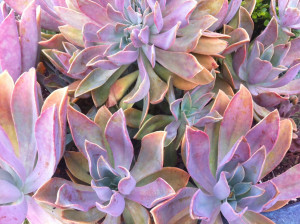 Prize-winning author of novels ELECTRIC CITY, THE SPEED OF LIGHT, and BLUE NUDE. New poetry GRAVITY.
View all posts by Elizabeth Rosner →
This entry was posted in Uncategorized. Bookmark the permalink.

6 Responses to Refugees Among Us